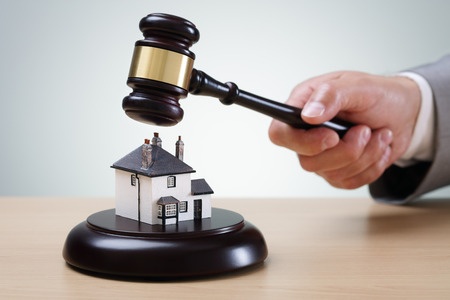 Years Ago, As Myths Go, There Was A Group Of About 40 Investors Who Played The Foreclosure Game In Downtown LA

They dominated all the Trustee Sales around town: cheating lenders, real estate agents, the trustors in trouble, and others out of money.

Several people show up at the sale and qualify to bid by showing more money than the opening bid. One such person would be one of the 40. The other 39 do not show up to bid against each.

The one Thief at the sale would bid until they were no other bidders as long as the bids stayed below $200,000. They would be the winner, and get their Trustee’s Deed.

Then, he or she would go to the local meeting place and discuss the property with the others. Let’s say that they got the property for $110,000.

Who Should This Money Have Gone To?

If this was the only loan on the property, the money was to go to the foreclosed out owner (Trustor). If there was any junior financing, it would be paid off and the remainder go to the borrower.

Funny thing, I believe that it was not a myth and they were operating when I was a Court Appointed Receiver for Apartment Houses in So. California.

Now, three men were just convicted in Alameda for doing the same thing on hundreds of foreclosed properties

Now, Three Men Were Just Convicted In Alameda For Doing The Same Thing On Hundreds Of Foreclosed Properties

Bad point: the actions were from June 2008 to January 2011 and the conviction was early this month.

I want to follow this case and see what the penalty.

These people through are like the Phoenix Bird and will always rise from the ashes.