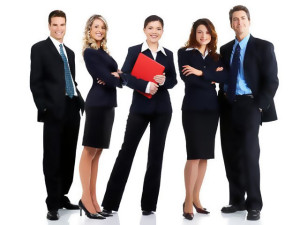 There has been a fair amount of celebrating in the real estate industry over a recent Massachusetts Supreme Court ruling that upheld the independent contractor classification of real estate salespersons.  However, not only is the decision in Monell v. Boston Pads a rather narrow one, based on an unusual circumstance in that state’s law, but also it has no bearing on what is probably the industry’s greatest vulnerability in this area.  That would be the misclassification of personal assistants as independent contractors.

There are a number of both state and federal tests to determine whether or not a relationship is one of principal/independent contractor rather than employer/employee.  Most of these have to do with control.  In general, if the individual is subject to the principal’s instructions about when, where, and how to work, the person is probably an employee.  Are the worker’s expenses reimbursed?  If so, he or she is probably an employee.  Can the worker make a profit or sustain a loss?  If so, he or she is probably an independent contractor.  The lists of questions go on and on.

In California, real estate agents and teams often seek to hire real-estate licensed assistants, thinking that this will bring them under the general rule that allows real estate agents to be classified as independent contractors for I.R.S. purposes.  But this rule requires a three-element test:  1. The individual must be licensed.  2. There must be a contract between broker and agent.  3. Payment to the agent must be based on the results they produce (i.e. commissions), not on a fixed wage or time-based scale.  Usually, the relation between the assistant and the associate licensee who hires the assistant will lack this third element.  Assistants are generally paid on an hourly basis or at a fixed wage, sometimes with a bonus element.

It is not a good idea to attempt to dodge around this issue, as many agents may be inclined to do.  A few years ago, The U.S. Department of Labor signed agreements with Colorado, Connecticut, Hawaii, Illinois, Maryland, Massachusetts, Minnesota, Missouri, Montana, Utah, and Washington to work together to target employers who are guilty of misclassification.  Why?  The U.S. Government Accountability Office conducted a study that found “employee misclassification cost the United States Government $2.72 billion in revenue from Social Security, unemployment and income taxes in 2006 alone.”

The State of California is estimated to have lost in the neighborhood of $7 billion in tax revenues over the years as a result of misclassifications.  They want their money.

A California employer who is found to have willfully misclassified employees as independent contractors is not only subject to the back payments (with penalties) but also can be charged up to $25,000 per violation.

Bob Hunt is a CAR director and is the author of Real Estate the Ethical Way.  His email address is [email protected]

Bob Hunt is a CAR director and a former chair of its Standard Forms Committee. He is the author of Real Estate the Ethical Way. His email address is [email protected]
View all posts by Bob Hunt →
NAR Report Tells Where Dangers Lurk
Let’s Talk Movies