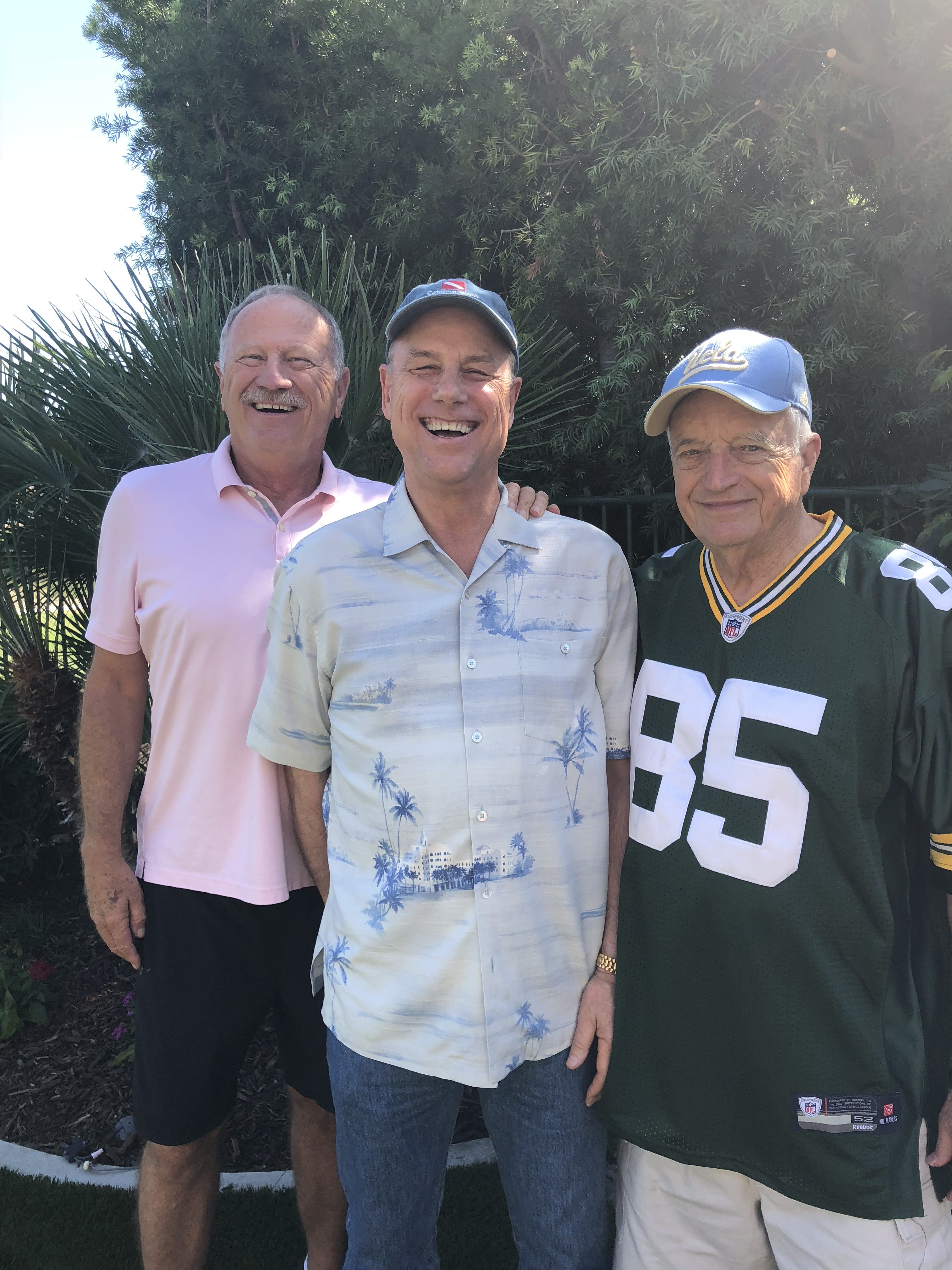 Later, my son played there, and it was so appreciated that Harry was at David’s induction into Crespi’s Football Hall of Fame.

When I was coaching Pop Warner Football in Granada Hills, Harry was a coach at Los Angeles Valley College.

The Other Person In The Photo Is Victor Vasu

Luxury Real Estate Salesperson with Coldwell Banker in the Newport Beach area (and he and his wife sell lots of luxury homes). Vic played football at Cal State Long Beach after playing under Harry’s direction at Valley JC.

Victor was on several of my great North Valley Golden Bears teams (a team I organized in the Valley). It is still fun after all these years remembering some of the good times from days past. Ask any of my past players about the Ventura Game with the long halfback pass in the final seconds of a semi-final game and the victory the next Saturday over the Simi Vikings for the Ring. And the halfback pass back to the QB with Vic Vasu throwing the block of the year to beat the Reseda Rams and Jeff Fisher in another playoff.

Recognized as a leader in California Real Estate Continuing Education for Licenses Renewals and Notary Commissions. Provides courses for thousands of Californians to qualify for Sales & Broker Licenses with Internet and Open-Book Testing. Furnishes outstanding preparation materials to allow students to pass the State exams on their first attempt. Duane Gomer Education has presented hundreds of LIVE NMLS Renewal Courses, the 20-Hour LIVE NMLS Pre-License Courses, and 8-Hour LIVE NMLS Federal Exam Prep Courses all over California. Procedures are State-of-the-Art with Internet Testing, Automatic Grading and Certificate Printing, Website, etc. Presents live classes on how to make more money in less time in Real Estate.
View all posts by Duane Gomer →
Social Security Recipients Getting A Raise
Time For Your Renewal? We Have You Covered

3 Responses to I Meet The Nicest People