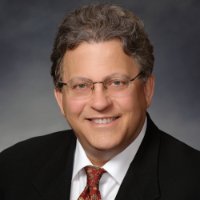 Does Anybody Really Know?

If you send an email to Wayne Bell, the Commissioner at the time of the change from BRE to DRE on July 1st, you will get back an auto-response. It will state, and I quote, “July 9th was my last day as Commissioner”.

Later, I Saw An Email That Wayne Sent To His Staff

It stated that on Friday, June 29, 2018, he received a phone call from the Governor’s Office stating that “they decided to take a change in direction”, and his term was terminated immediately. However, a subsequent letter from that office said his term would end at the close of business on July 9th.

No Reason Was Given For The Action

And Wayne said that he had no plans to leave, and was mystified and surprised by the call and the decision. Wayne had been at the Department since 2006 when he became Chief Counsel. He became Commissioner in February 2013.

His email reiterated that the job had been the honor of a lifetime for him. Wayne expressed his appreciation for the work of the staff and their relationships. Now, Dan Sandri will be the Acting Real Estate Commissioner.

I can only say that in the years that I have been controlled by the Department and Bureau of Real Estate that Wayne Bell has been an outstanding Commissioner and even a more outstanding person. He will be missed.

My Very Long Shot Hope Would Be

That the new governor discusses this appointment with the real estate industry. I sincerely believe that Wayne Bell would be a wonderful appointment in January and every whom I know would agree. The ways of the world sometimes really puzzle and confound me. Happy trails, Mr. Wayne S. Bell from Van Nuys, CA.

One Response to What Is Happening At DRE?