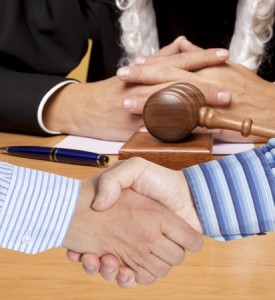 Suppose an arbitration award is based on the arbitrator’s erroneous understanding of the law.  Then you appeal the award and get it reversed, right?  Probably not.  Courts are extremely reluctant even to hear appeals of arbitration, much less to reverse them.  A recent Federal Court case ( Sotheby’s International Realty v. Relocation Group, U.S. Court of Appeals for the Second Circuit, Jan. 6, 2015), arising out of a Connecticut commission dispute, provides a good example.  Our discussion here is informed by a  case summary provided by the National Association of Realtors®.

Sotheby’s was the listing broker of a property that had been placed in the Greenwich MLS.  A cooperative commission was offered. Meanwhile, The Relocation Group (Relocation) had entered into a buyer-broker agreement with one Amy Kauffman (Buyer).  That agreement expired on June 30, 2011.  On August 19, 2011, the Buyer entered into a buyer-broker agreement with Sotheby’s, the listing agent.  A week later the Buyer executed a purchase contract for the Greenwich property, directing all the commission to the listing broker.

The listing broker then filed a lawsuit, seeking a judicial determination of the disposition of the commission.  Shortly thereafter Relocation filed a motion to compel arbitration.  Relocation argued that, as members both of the Greenwich Association of Realtors® and the National Association of Realtors®, the parties were obligated to arbitrate the dispute.  A trial court agreed and the matter went to arbitration.  There, the Association’s panel awarded half of the commission to Relocation.

Sotheby’s then filed an action in federal court challenging the arbitration award.  The federal trial court overturned the arbitration award on the grounds that the award constituted “a manifest disregard for the law.”  Naturally, Relocation appealed, and the case then went to the U.S. Court of Appeals for the Second Circuit.

The appellate court noted that the manifest disregard of the law standard is “a severely limited doctrine that imposes a heavy burden on the party seeking to vacate an arbitral award.”  “It is a doctrine of last resort – its use is limited only to those exceedingly rare instances where some egregious impropriety on the part of the arbitrators is apparent.”  The court said that, for this doctrine to apply, three requirements must have been met: (i) that the ignored law was clear, (ii) that the arbitrator(s) did in fact err in the application of the law, and (iii) that the arbitrator(s) knew of the law and that it was applicable.  In this case, the appellate court held that the trial court had not determined that the law (Connecticut Code Section 20 -325a(b)) was clear and, in fact, had suggested that it was unclear.  Having failed to meet this requirement, the appellate court held that the doctrine could not be applied.

Hence the judgment of the trial court was reversed.  The arbitration award was allowed to stand.

This was a broker-to-broker case and, I would guess, most agents and brokers are more concerned about the trends in consumer-broker cases.  In the matter of arbitrations, the trends do not differ.

When arbitration began to gain traction as an alternative method of dispute resolution, most in the real estate community welcomed it.  It offered the appeal of shorter time lines, less expense, and better decisions than one could expect from a jury.  But it hasn’t exactly turned out that way.  Sotheby’s v. Relocation is just one of many examples where an arbitrator’s award may be upheld, even if it is based on a misunderstanding of the law.  And, in general, it is not subject to appeal.

Many real estate firms have come to the conclusion that they would prefer the court system to arbitration.  Their defense lawyers, and those of the E&O insurance companies, are schooled in real estate law.  On the other hand, the plaintiff’s attorney(s) may not be.  Frequently they are general practice or business lawyers, but not real estate specialists.  Brokers and agents may stand a better chance in the courtroom than in an arbitration proceeding.

Bob Hunt is a director of the California Association of Realtors® and is the author of Real Estate the Ethical Way.  His email address is [email protected]