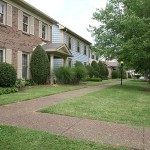 A California Homeowner Association (HOA) adopted a rule that homeowners who rented out their homes could not do so for periods of less than seven days.  Moreover, the HOA imposed an annual fee of $325 on owners who rent out their homes.  The purpose of the fee was to defray, at least partially, the extra costs to the HOA that were caused by renters.

The Oak Shores Community Association (HOA) is the governing body of Oak Shores, a lakeside community consisting of 851 parcels of land.  Six hundred sixty parcels are developed with single-family homes.  Only about twenty percent are occupied by full-time residents.  Approximately sixty-six absentee owners rent their homes to short-term vacation renters.

The HOA adopted a set of rules which included a minimal rental period of seven days and a $325 annual fee imposed on owners who rented their homes. Owners of two different lots brought an action against the HOA challenging these rules.  The challenge was brought in part under California Civil Code 1366.1 (since renumbered) which states that “An association shall not impose or collect an assessment or fee that exceeds the amount necessary to defray the costs for which it is levied.”

The trial court found in favor of the HOA, so the plaintiffs appealed.

Among other things, the Appellate Court quoted from an earlier California Supreme Court decision (Lamden v. La Jolla Shores Clubdominium Homeowners Assn.) saying, “Generally, courts will uphold decisions made by the governing board of an owners association so long as they represent good faith efforts to further the purposes of the common interest development, are consistent with the development’s governing documents, and comply with the public policy.”  Moreover, the Appellate Court noted “That short-term renters cost the Association more than long-term renters or permanent residents is not only supported by the evidence but experience and common sense places the matter beyond debate.”  Evidence by expert witnesses as well as the HOA’s accountants had supported the position.

Not only did the Appellate Court uphold the trial court’s decision in favor of the HOA, but also it awarded attorney fees.  The attorney fees in this case were – are you ready? — $1,180,646.50.  It’s enough to make a person think twice about suing their HOA.

In many California areas, as well as in tourist destinations around the country, both HOAs and communities are wrestling with the impact of short-term rentals brought about by organizations such as Airbnb.  The ruling in Oak Shores may give them some guidance.

Bob Hunt is a director of the California Association of Realtors® and is the author of Real Estate the Ethical Way.  His email address is [email protected]

Bob Hunt is a CAR director and a former chair of its Standard Forms Committee. He is the author of Real Estate the Ethical Way. His email address is [email protected]
View all posts by Bob Hunt →
Do You Know Your MLO?
2015 Reverse Mortgage Changes