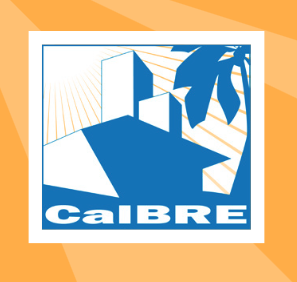 There are six people who are outstanding writers, they are students of Duane Gomer Education past and future, and I consider them all good friends.

Note: this article was written prior to the Governor signing SB 173 on Sunday, October 14th; however, more information about the Senate Bill is still very much applicable.

Many people who have been in the business for a while have still not become used to the change, and find themselves referring to the Department.  Their inability to adapt may have been prescient.

Depending On What The Governor Does, The Bureau May Become The Department Again.

This would be because of California Senate Bill 173 (Dodd).  Senate Bill 173 passed both Assembly and the Senate with no opposing votes. It was sent to the Governor on September 22.  The Governor has until October 15 to veto, sign and approve, or simply let it pass into law.

Of course, SB 173 doesn’t address just a name change.  It moves the Bureau/Department out of the Department of Consumer Affairs (DCA) and places it within the Business, Consumer Services, and Housing Agency (BCSH).

That is because it would undo a part of one of his pet projects – the 2013 reorganization of the Executive Branch of state government known as the Governor’s Reorganization Plan 2, or GRP 2.  That plan created the BCSH agency, which oversees the DCA and other departments.  An aim of GRP 2 was to bring entities that regulate or licenses industries, business activities, or professionals under one agency.

According to a letter from the Governor about the plan, consolidating under one agency would “improve service, consistency, and efficiency by facilitating shared administrative functions and expertise in areas such as automated systems, investigative practices, and licensing and legal processes.”

Unfortunately, at least as far as the real estate agency was concerned, things didn’t work out so well.

According To The Author Of SB 173,

“Although many elements of GRP 2 have worked as intended, the abolition of DRE and concurrent establishment of [the Bureau] have not.   Since [the Bureau] was moved under DCA, the cost to administer the Real Estate and Subdivided Lands Laws has increased by several million dollars annually.” [my emphasis]

And That’s Not All

In 2016, the Senate Committee on Business, Professions, and Economic Development and the Assembly Committee on Business and Professions, conducted hearings on the reorganization and transition.  In their background paper with respect to the Bureau of Real Estate, they noted that “since GRP 2, key services like human resources support and management direction seem to be lacking and that the Bureau noted that purchase orders, information technology orders, contract payments, employee reimbursement, and miscellaneous human resources requests have been skipped or have not been processed since the DRE became the Bureau.”  The background notes that the Bureau explained that it informed DCA about issues, but does not always receive timely responses.

According To The Senate’s Legislative Analyst

“In addition, the hearing found that DCA had failed to provide consistent, on-time payment for utility bills.  This led a San Diego utility provider to shut off electricity as a license examination center on January 15, 2015.”

Finally, We Note What Was Said In The Analysis For The Assembly Committee On Appropriations:

“Like all board and bureaus within DCE, the Bureau of Real Estate pays a ‘pro rata’ charge to DCA each year to pay for administrative functions provided to the Bureau and for general operation of DCA.”  That yearly charge has risen dramatically.  It was $1.8 million in the 2013-14 fiscal year.  It had gone up to $5,094,000 in the recently ended 2016-17 fiscal year, and is projected to be $5.6 million next year. In part, those costs are attributed to DCA implementing a new licensing technology, which is not used by the BRE.

Senate Bill 173 Was Sponsored By The California Association Of Realtors

Inasmuch as the Bureau obtains its funds through licensing and processing fees – not the state’s general fund – it is understandable that the people it charges are interested in its ability to contain costs.

Now, it is up to the Governor.

Bob Hunt is a director of the California Association of Realtors and is the author of Real Estate the Ethical Way.  http://www.huntteam4re.com