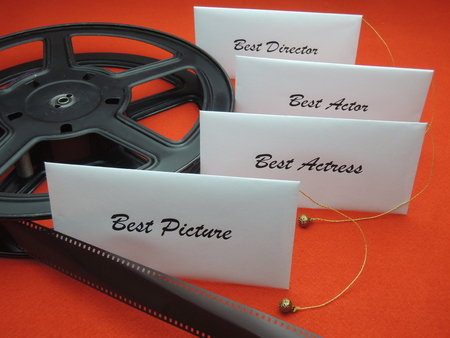 Doing this, I believe that I have learned a few things. For example, you never pick which movie you hope wins, because it never works. Someone would probably do a better job picking if they had not seen any movies. Never listen to newspaper critics for they are always picking arts and craft movies.

The Director’s Guild, Producer’s Guild for best picture, Actors Guild, etc. Last year I did well doing this except I broke one of my rules. I saw Moonlight and didn’t like it so I voted La La Land. For a few minutes I thought that I won, but the accountants handed over the wrong envelope.

If there is any confusion, I then check the Las Vegas odds as these people have a lot of experience. Finally, I have found a good site that does a survey of how many other people voted, and it is called Golden Derby. A collaboration like Zagat and Yelp for restaurants.

This Year The Directors Picked:

For The Four Acting Categories The Actors Guild And Vegas And Golden Derby And Duane Gomer All Agree:

The one category that has a lot of opinions is best movie; some say 3 Billboards and some say The Shape of Water. Since the Actors Guild has the most members and therefore the most votes, I am picking 3 Billboards although my favorite movie of the year is Wind River with Jeremy Renner, with Taylor Sheridan the Director and Writer.

On 23 of the Categories the members vote and it is most first place vote’s wins. In Best Picture, not so. The 7,258 members rank the movies nominated from one to nine (changed from only five in 2009-now from 5 up to possible 10).

Now it gets confusing. The first place ballots are totaled. If one movie gets over 50%, the counting ends. The one movie with the least votes is eliminated. Each ballot for that movie is then awarded to the movie that the individual movie had picked for second place. They total again and again until one movie gets 50%. Takes a while. Some critics say that this method does not fete the best movie, but the least disliked wins.

See you at the movies.

Recognized as a leader in California Real Estate Continuing Education for Licenses Renewals and Notary Commissions. Provides courses for thousands of Californians to qualify for Sales & Broker Licenses with Internet and Open-Book Testing. Furnishes outstanding preparation materials to allow students to pass the State exams on their first attempt. Duane Gomer Education has presented hundreds of LIVE NMLS Renewal Courses, the 20-Hour LIVE NMLS Pre-License Courses, and 8-Hour LIVE NMLS Federal Exam Prep Courses all over California. Procedures are State-of-the-Art with Internet Testing, Automatic Grading and Certificate Printing, Website, etc. Presents live classes on how to make more money in less time in Real Estate.
View all posts by Duane Gomer →
Important; To My Movie Friends
Buy A Rental Home With An IRA