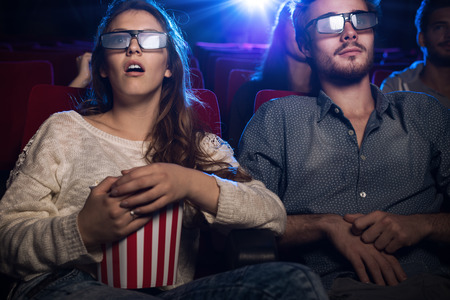 Unless you like sequels, violence, vulgar, animated, etc. Then, of course we all have different tastes so it is difficult to tell someone where to spend money.

As a matter of fact, last year’s Oscar winner was not a favorite of mine; I disagreed with the pundit. I would vote for Hell or High Water again if I had a vote, and I liked the Accountant (haven’t seen it? It is worth a rental).

This Week DJ And I Rented The Movie, GET OUT.

I sometimes judge a movie by how many times I look at my watch to check for an ending, no watch looking for this one.

We had been wanting to see it LIVE, but missed all the nearby showings. Finally, it came out on rental.

A Couple Facts To Back Up Our Comments

The movie is written and directed by Jordan Peele, his first effort.

The budget to complete was $4.5 Million, and it has already grossed $241 Million and is just starting on rental.

On Rotten Tomatoes, the film rating website, the movie was given an unheard of 99% rating. Do you think that any studio will take a second chance on him now?

You might have seen Key during the 2015 Correspondent’s Dinner, when he played President Obama’s angry self. He would translate Obama’s politically correct remarks into profane rants.

Do Not Want To Spoil Anything About The Movie

Except to say, “I think you will find that it really keeps your attention and has some new twists”.

The female star is Allison Williams; she has not done too many movies, but you might know her father, Brian Williams, of NBC fame.

The male star is David Kaluuya, whom I remember as an FBI agent in another favorite movie of mine, “Sicario”.

The balcony is open.

See you at Intermission for a glass of Savignon Blanc.

2 Responses to I Have A Movie To Recommend!!!